Bob Pinney, The Rest is Silence 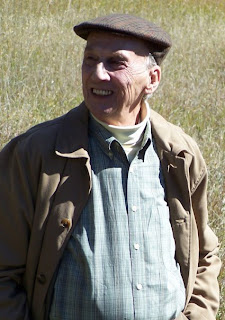 The world that died with Bob Pinney was vast and colorful, rich and elegant… and much of it was private - quietly lived moments both tragic and excellent.

I was privileged, as many of us were, to be part of that wonderful world, and to have Bob in ours. In each line of Shakespeare I recite, in my awareness of gesture, Bob lives. Each time I enunciate ‘FOR-GET’ rather than ‘fergit’, Bob’s voice, ponderous and gravelly, is heard again. In my life as an actor, moving from role to role, in my telling and retelling of stories, my fond recounting of stage disasters and profound moments, Bob will always be present, informing my journey. In my understanding of what it is to be loved though one’s family is far away, to live alone but not to be lonely, Bob is there.

My experience with him as a young actor taken under his wing, groomed and nurtured, is not unique. Always the teacher, Bob loved new talent and did whatever he could to encourage and advocate it. He was always one of my strongest supporters and biggest fans, and I, among many others, adored him. I remember being shocked during Dracula (Theatreworks, 1991) when Bob, playing Van Helsing, actually cut his finger every night with a hidden Exacto blade to tempt the Count (Rick Zahradnik) with his blood. He spared himself nothing in his quest to offer the audience everything.

Bob spent his 70th birthday in a tent playing King Lear, a role he had yearned to inhabit for many years; it was my great honor to share that experience with him. The entire run was amazing, but that night was… magical: the air was electric. At the moment Lear was cast out onto the heath, one of the most powerful scenes in English-speaking theatre, as the first storm cue sounded, real thunder began to rumble in the distance. As Bob raged and wept, imperious and heartbreaking, the rest of the cast stood amazed as lightning blazed across the sky and rain pounded the tent… for exactly as long as the scene went on, relenting the instant he left the stage. I will believe for the rest of my life that Shakespeare was there with us that night and that the storm was Bob’s birthday gift, a reward for a life spent in devotion to the theatre.

Over the last few years it became clear that his poor body was no longer able to house the enormity of him. During the Scottish Play in 2005 there was a terrible moment in which, playing the Porter, marvelous as always, he was unable to find his way off the stage, frantically feeling his way along the curtains to find the exit. Those of us backstage realized what was going on and reached out from behind the blacks to grab his hands and guide him; later the understanding of it wrote itself across our faces as we all looked at each other and tried not to know the truth: the great instrument was failing. He bore it with grace and without fear, exceeding his doctors’ expectations and offering more comfort than he required... and then, quietly, he was gone.

He was a huge talent, a tireless mentor, a dear friend, a gracious host and a wonderful chef who showed his affection with corned beef and cabbage or gourmet birthday cakes. He understood sorrow and offered comfort whenever he could. He was fervent in his praise, generous with advice, gentle but truthful in his criticisms, blunt in his admonishments. I was fortunate to have almost two decades with him – countless moments to cherish, too numerous and precious to recount here. I loved him, and ache to think of never hearing his laugh again.

Your cause of sorrow must not be measured by his worth, for then it hath no end.
– Macbeth
Posted by Bettina at 10:14 AM